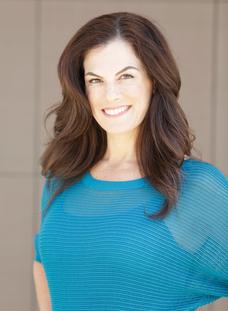 Rebecca Whitman is originally from Cincinnati, Ohio and resides in Venice, California. She graduated from Princeton University, where she enjoyed musical theater and played Varsity Tennis. She studied acting in New York City at the Acting Studio and in Los Angeles at the Larry Moss Studio. She has also studied Comedy Improvisation with the Groundlings, as well as, Method and Meisner techniques. She has had roles on TV shows such as “Friends”, “The Practice”, “24”, and several pilots and independently produced TV shows. She has had featured roles in movies such as “Kicking and Screaming” and “Be Cool”. She most recently had a supporting role in the feature film, “King of the City”, as a mafia wife. She also has done print work, voice overs, and commercials. She has been in plays like “Crashpad” and “Wise Guys”, where she had starring roles. She was honored to be nominated as best actress in the 2008 Hollywood Film Festival. In 2012 she won an LA Comedy Award for her hit web series on Comedy Central called “Busted Reality” and for her role Eve on the web series “Kids Unlimited”. Rebecca is also producing and starring a romantic comedy feature film called, “Chocolate is not Better than Sex”. And she recently sold a movie to Warner Brothers. She is thrilled to be playing Madam X in “Enter the Diamond”.